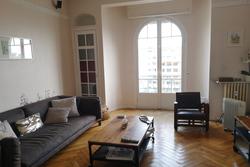 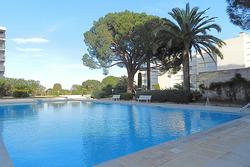 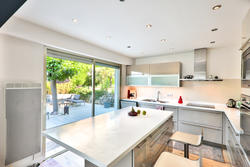 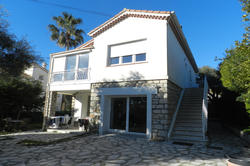 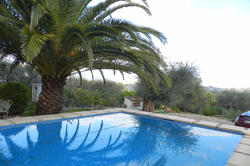 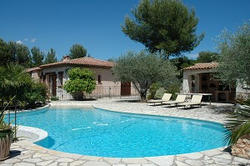 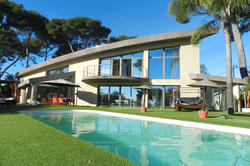 Fabrice Germain
and his team

Nestled in a quiet, green spot on the prestigious Cap d'Antibes, this large 3-bedroom, 2 bathroom apartment has everything going for it - it is an oasis of calm, yet close to all that is on offer in bustling Juan les Pins, the beaches of Port Gallice and historic Antibes with its markets. It is a short 400 metre walk down a picturesque little road to Port Gallice and its neighbouring beaches and coastline. It is also a short 400 metre walk in the other direction to the heart of Juan les Pins. Its location really is superb when one considers how central, yet how quiet, it is. The apartment complex, dating from 1970, is of high quality, built to traditional high standards of the era and beautifully maintained. It is small (total 15 apartments) and has a mature, well-maintained Mediterranean garden surrounding it. It does not have a pool or other outdoor communal areas. The apartment itself is south-west facing and did have a proper sea view in the past. However, the sea view is now mostly obscured as the neighbouring trees have grown throughout the years. It measures in at 97 m2 of interior space, has large rooms, high ceilings and a huge wraparound balcony offering an extra 31 m2. All rooms, including the kitchen, have doors that open onto the balcony. The apartment is awash in natural light and, with greenery all around, makes for a pleasant, open, airy, nature feeling everywhere. It was renovated in 2000 and furnished to high standard while maintaining its Provençal and period character. It has built-in wardrobes and closets for storage, benefits from centralised heating and air conditioning, has a large cellar in the basement and a secure, underground garage space for parking. Charges are reasonable for such a distinguished property and are likely to be reduced in 2020. Cap d'Antibes is that stunning green peninsula between Nice and Cannes, known for more than a century as being the most prestigious neighbourhood of the Côte d'Azur. The coastline and beaches along the Cap are among the most beautiful in the region. Walking along the rocky coastal path of the Cap, the Sentier Littoral, you might feel you are in the Mediterranean and far from civilization. Yet Nice airport is 20 km to the east and Cannes is 10 km away to the west. This apartment represents a rare opportunity to live on the Cap d'Antibes in a large, quiet apartment at a realistic and very fair price.

All useful places in the city of ANTIBES : Mini/Max

The statistics of the city and its inhabitants: Mini/Max

The closest high schools and their success rate in the tank: Mini/Max